A downloadable game for Windows

Onlooker is a first-person thriller game where you play as a journalist that’s just received a tip about "Hotel Victoria". Write your story by investigating the hidden hallways and peepholes 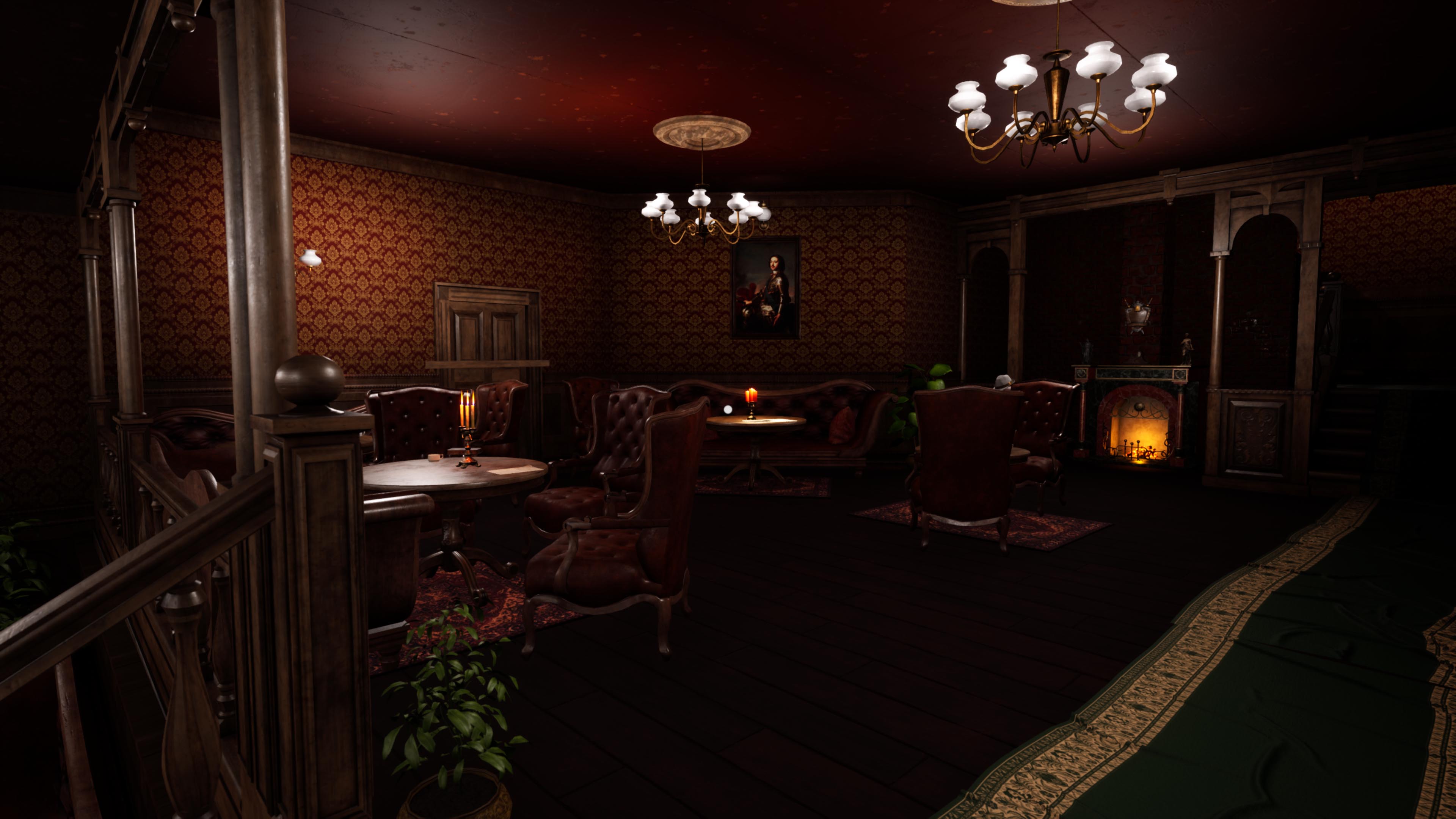 Use WASD and Mouse to move and interact.

Use middle mouse button to focus.

We recommend you play Onlooker on a decent computer. 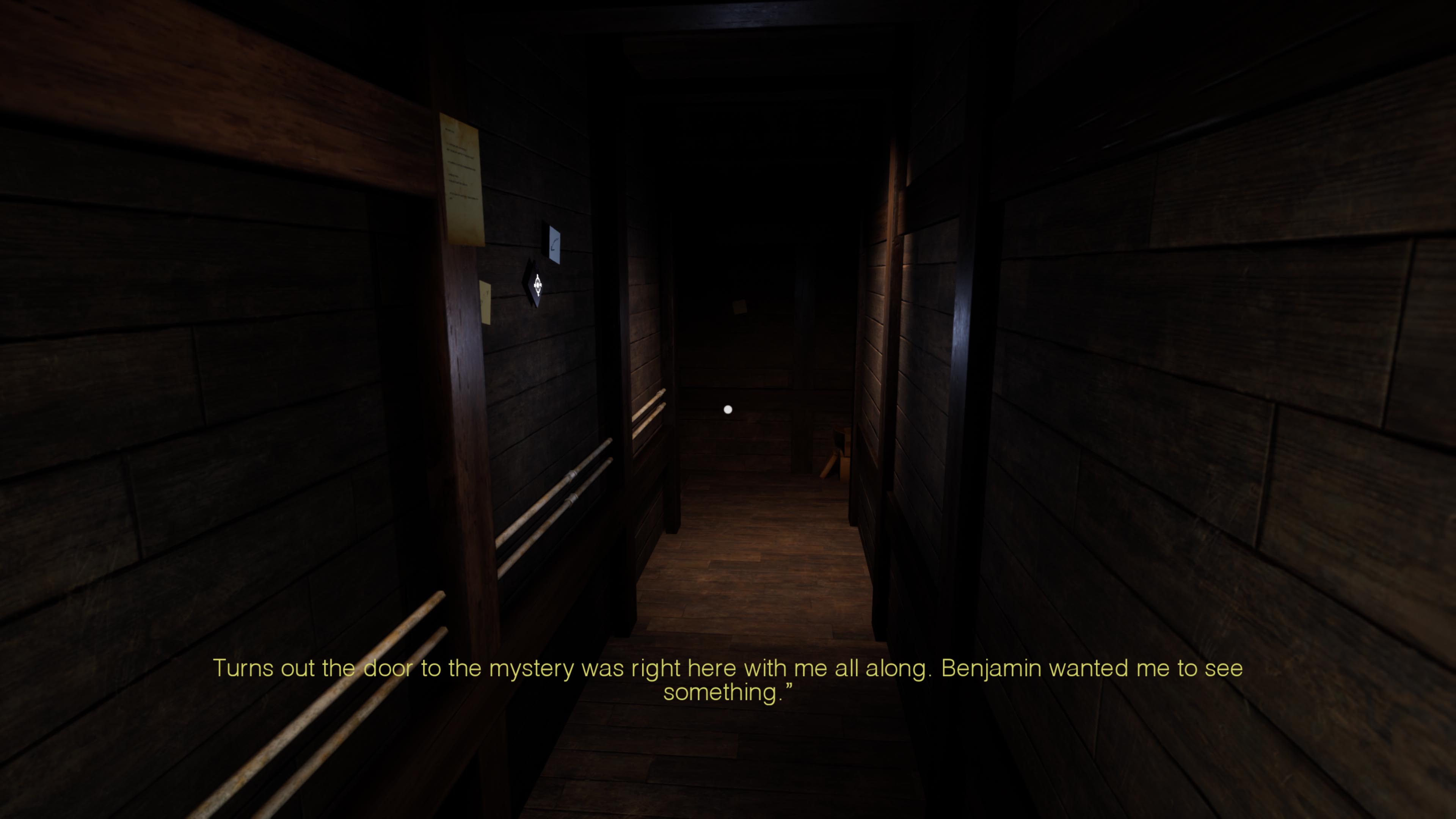 Go ahead! Feel free to share videos and comments. We'll be glad to take a look at it and share it on our social pages! We would be grateful if you somehow include #OnlookerGame on your posts. 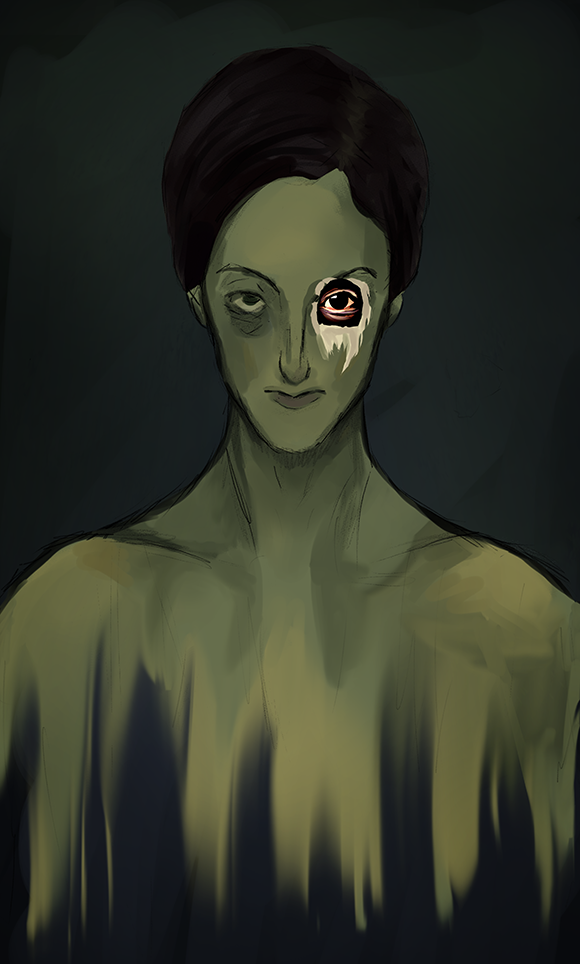 Wow this is a well-made game! Loved everything about it except the copywrite music. Glad I played it. Game here:

hi, big thx for the great game. greetings from rosti 🙏😘👍

Reply
Rhys Sanders322 days ago
yours is the first game I play. Beautiful graphics and a great atmosphere, really made it more spooky! Great game, check out my video.
Reply
Ms_Plain341 days ago

The rich story and atmosphere was amazing. Creeping on hotel guest is why I check my rooms when I travel.

Next time I stay at a hotel I'm going to be checking the walls for peepholes now. I would give this hotel 2 stars out of 5. Won me over with the amazing decor and food, lost me with the creeper in the walls. Very nice game!

This was a pretty fun little game, good work :)

Reply
Gamingforlife1 year ago
thank you so much for this game....you rally have to think about a lot of things after this!

i hope there comes more from you! really great game!

Really liked your game!  It kinda leaves you feeling uneasy and dirty at the end (not sure if that was the objective, lol). I really liked the story and how it could have been a true story.  Did you take any inspiration from the real life story of journalist Gay Telese and voyeur Gerald Foos?  I could see alot of similarities between your game and his story.

Only thing I wanted more of during gameplay was maybe some more movement or action when peeping into people's rooms. But really great job on the storyline and immersive feeling.  And awesome job on the textures in the environment, everything really looked good!

This game took, no exaggeration, around 15-20 minutes to load on my computer. Yes, minutes. I'm using an older laptop, one with a nVidia Geforce (non-GTX) card, but still one that wasn't built for gaming. That said, I have never had a game take this long to load without responding to inputs the whole time. After it finally loaded, I discovered that the game apparently doesn't have an options menu, so no way to change the video settings and optimize for my device. I'm not saying the devs are at fault for anything, I just thought I would mention this because I found it really surprising. I'll hopefully be getting a new computer soon, and I'll be excited to finally get a chance to play this. :)

this game right here is AMAZING i cant stress it enough i have wanted a game like this forever and it was everything I wanted i would love a full long game made by these people just like this I played it on twitch you can check it out here https://www.twitch.tv/videos/692918753

Explore a fairly short, interesting foray into the false premise of privacy. Are you alone? Or is someone always WATCHING? Experience the dramatic and emotional stories told from those who hide behind the walls. But is peeping Gale worthy of journalism? There are some moments in life that should just be kept private.

This is an amazing game. Everything is great, textures, story, gameplay..... I have to say Im impressed! thank you DEVS for sharing your creation.

Here's my gameplay, I hope you enjoy it!

If you subscribe to my channel, that would be very much appreciated :) have a lovely day

Greetings, creators! As a token of appreciation and gratitude for the game, I have created an article about Benjamin!

Hey T-0400tp that is awsome dude! thanks

the game and the story is amaizing! I enjoyed every bit of it :))

I liked Onlooker quite a bit. I loved the atmosphere and environment. I was especially impressed with the tight controls and smooth movement. I like how the story is told in such a way that the horrible truth builds as the story unfolds. Not a traditional horror game, Onlooker is more interested in telling a chilling story.

This was super cool to play and intriguing. Thanks for the game!

Enjoyed the story you had here, Voyeuring into the lives of others is an interesting concept I haven't seen explored in games in this way. I hope you enjoy my video I made on your game :)

That story was short, but heavy... I mean, it really left an impression on me. Seriously.

Fantastic game! The environment was very immersive, with lighting and shading fitting the story perfectly. The narrative was superb, having complexities not seen in most other games.

That said, I did find a couple of bugs in it. First, I ran into a bug when re-entering room 203. The door opened half way, closed, and wouldn't open again. I didn't encounter this again when I restarted the game.

The second bug is in the bathroom of room 204(?). In between the sink and the bathtub, there is a section of wall that doesn't have collision, allowing the player to walk through it and fall out of the world. This forced me to restart the game as well. 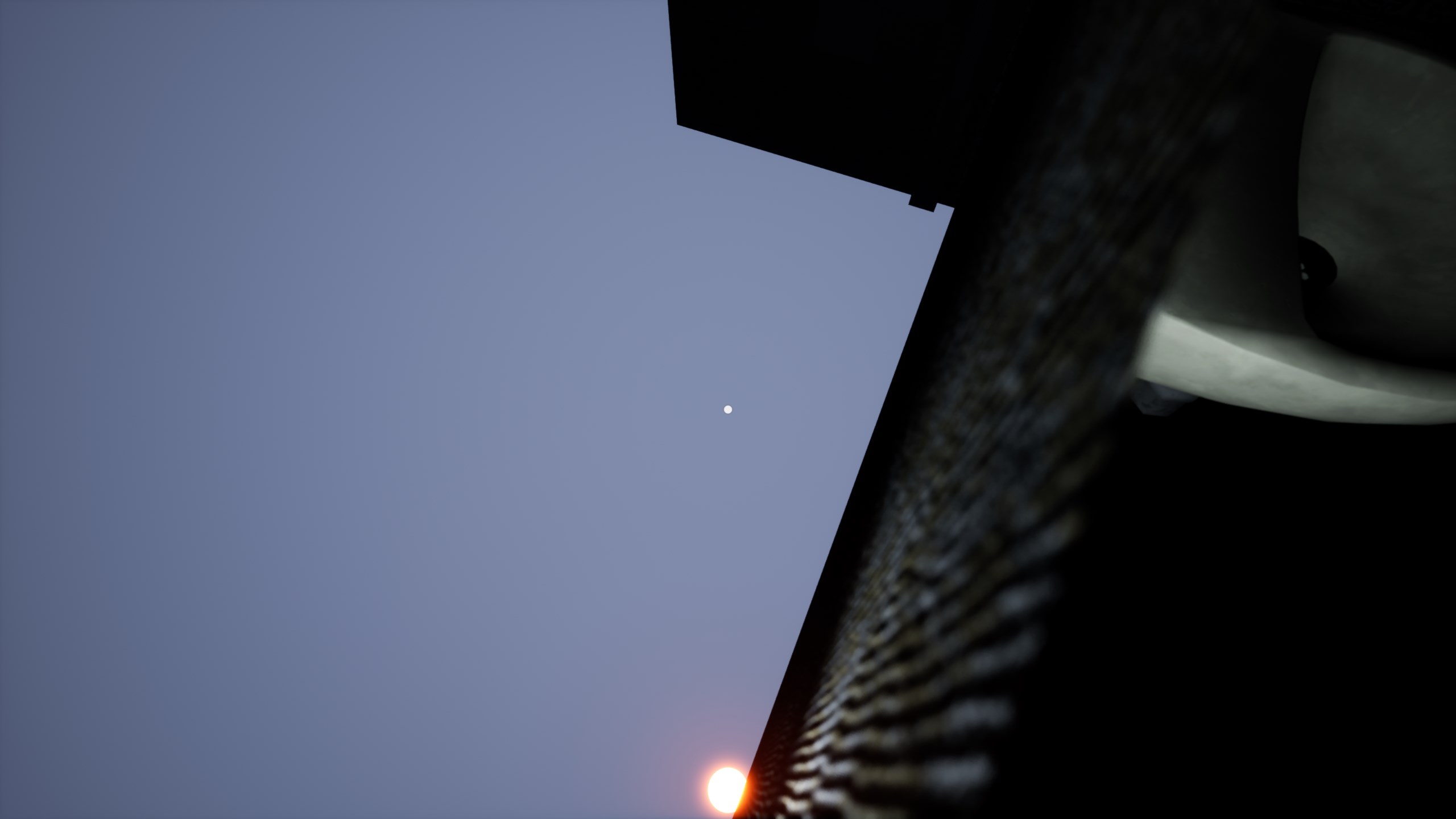 Some minor nitpicks I have as well are that the crosshair dot was abnormally large and that there were no mouse/keybind options that I was able to find.

I also messed around with the camera a lot on my first playthrough, causing me to unknowingly run out of camera paper. I feel as though limited paper is best suited for a survival game, and that being able to take as many pictures as you want would be better here. It would also be nice if there was an option to save the pictures taken (say, to a gallery/photobook that the character carries around or pinned up on a wall in a side menu).

All of these minor suggestions aside, this was a phenomenal game. I greatly look forward to what you make next!

Thank you so much for playing and thank you for the very detailed bug report and feedback.

We will definetaly take a look at those issues mentioned, I agree that a gallery would be awesome and something we might want to take a look at in the future.

link to my channel (opens in new tab) youtube.com/jonathick

This is cool! I like the hotel setting for the game and the music was nice to listen as the game goes on. Gale’s narration was illuminating with each hotel worker or guest and I was a bit scared a few times from the loud noises or expecting the worst. I tried the middle mouse button to focus, but it didn’t work for me. Also, the notes would turn black or blend in with the wall. Other than that, great game! 20 / 10

Play this as a random indie horror and though it was pretty well made, though i encountered some issues here and there. I give a more detailed review at the end of the video from a player and a developer stance. Really enjoyed the game though! You can watch my playthrough below

A game about peeping on people, that my kinda game lmao!!!

Is there a graphic setting? My potato can't handle this game at the default setting

There is no potato setting unfortunately. Maybe in the future. Thank you for the feedback however!

Very interesting, and great narrative. Everything felt polished and complete. Thanks for sharing your game! RIP Bob Binji.

This game was great and I really enjoyed playing it. I fully expected something to jump out at me with every turn. Well done and I hope to see more like this! Feel free to check out my video of it below:

Love that you got goosebumps! Thank you very much for your playthrough! It was very entertaining :)

Awesome game Team Bellboy, i really enjoyed my stay, i loved the mysterious nature of it all and the end i never saw coming. Great Job!

That's awesome to hear PEK, you are welcome any time! Thanks for the entertaining video.

Just tried to play it. Went into the inventory system and was unable to close it. Pressing Tab did not work. Help?

Thanks for letting us know. Did a restart fix it?

No. It is still not working

Just finished the game on stream and wow great atmosphere and the story meshed very well stream enjoyed it i enjoyed it! the camera is kinda confusing though as i didnt know what i was supposed to be taking pitcures of though either way great job! Your Friendly neighborhood Youtuber Stangz :3

Thank you for kind words and good feedback Stangz!

I really liked this game, nice atmosphere and good story. I did use the camera, but I'm not sure if I was capturing anything important. There were a few lighting issues when trying to read some of the notes, a couple were too dark. Still, very enjoyable game.

That is not optimal, thanks for the feedback! Good flow and comfortable pace, thanks for your video.

At first, I thought it was made by "young" students. Uh, it wans't. XD. Maybe that's why this game has a deep philosophy. Anyway, I enjoyed the game, but I didn't enjoy sneaking around! LOL

i didnt know where to go after i found the key i checked all the doors and none of them would open?

Hi rtghd, thanks for playing! There is a door in the secret hallway  that the key unlocks.

Thanks for playing! Glad you enjoyed it, overall very cool video and gameplay to watch! It made us happy.

Such a good game! Great story buildup, fantastic pacing, solid gameplay with absolutely no bugs. Feels like a very unique game that stands out among some of the others on this site. Here's my playthrough:

Thanks for playing! We are glad you enjoyed it, great video!

Deliciously creepy and unsettling looking in on other's lives, and the ending was a good way to show the madness some can feel over guilt. Thanks for releasing it.

Thank you for playing. Fast and on point. Glad you liked it 🤘

The camera unlocks some things, and is quite handy for navigation. We'll make sure to make that more clear in the next patch. Thank you for the video and feedback!